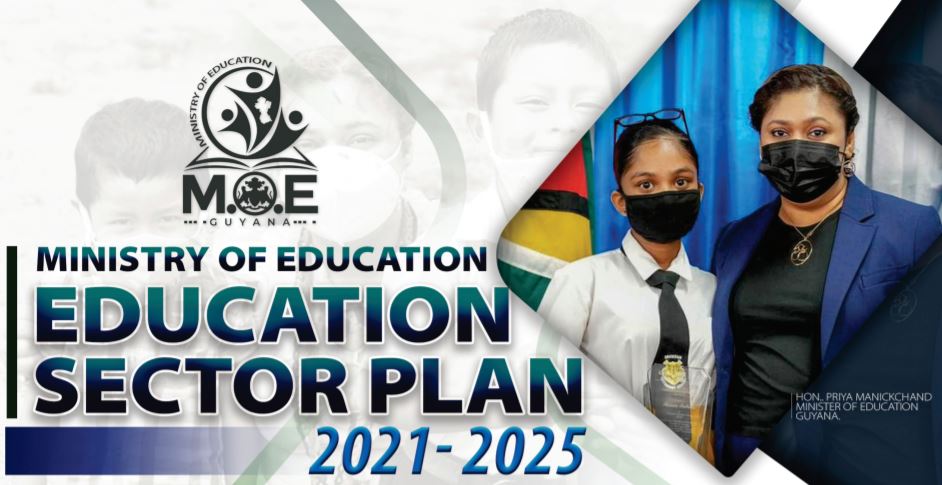 The Guyana "Education Strategic Plan (ESP) 2021- 2025 - Vision 2030" has been developed, and will be implemented, at a most interesting point in the country's history. The 2030 Vision for the sector is Providing opportunities for quality, equitable education and lifelong learning for all. This vision is articulated at a time in which major growth in the economy is predicted because of the discovery of oil and gas and also at a time in which it is expected that the extractive industries will be the key drivers of economic growth in the medium term. At the same time the country has a national development strategy, the alignment of Government's educational priorities, which is "in line with the United Nation's agenda 2030 and its Sustainable Development Goals (SDGs). In particular, it not only aims to foster sustained economic growth that is low carbon and climate-resilient but also promote social cohesion, good governance and careful management of finite natural resources." In spite of, and perhaps even because of these changes the ultimate goal of this ESP is consistent with the goals of previous plans that is: To contribute to employability and reduction of poverty, by increasing performance at all levels and reducing the disparity between sub-groups.

The development of this plan benefitted from several activities which have taken place in the last two or three years such as a review of the nursery programme carried out by an international consultant, and a survey of out-of-school children. It was also informed by wide-spread consultations on a wide range of issues as the Ministry of Education (MOE) embarked on its curriculum review process. Consultations were also held with over 200 youth, including some in juvenile detention centres, and with three organisations working with persons with disabilities. Additional consultations were held in all education districts after the first draft of the plan was produced. Policy issues were initially derived from these studies and consultations, but it is important to note that they also reflect alignment with priorities of the Government, and its commitments to the UN 2030 agenda, in particular SDG 4, and to its regional commitments, e.g. the CARICOM Human Resource Strategy. Identification of the major priorities was based on the use of the problem-tree analysis tool developed by the International Institute for Education Planning (IIEP), and on appropriate evidence-based strategies for performance and completion, that - were discussed and selected.