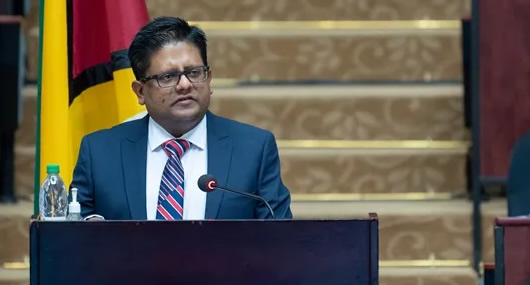 This was announced by Senior Minister in the Office of the President with responsibility for finance, Dr. Ashni Singh, M.P, in his presentation of the National Budget on Wednesday.

The ‘Because We Care’ cash grant, which was reintroduced last year, will see an additional amount of $2 billion in the homes of the same 200,150 children attending both public and private school.

Minister Singh reminded the National Assembly that the PPP/C Government had introduced the cash grant to parents of children attending school, to meet other expenses associated with their children’s attendance. The initiative was discontinued by the former APNU/AFC regime.

“Mr. Speaker, recognising that there is no greater investment that can be made than investing in our young people, our government has historically placed the highest importance on supporting parents in ensuring their children attend school,” he said.

Similarly, the school uniform programme will place $200 million of disposable income in the homes of children attending private and public schools.

Last year, the government, through the Ministry of Education, distributed over $3.2 billion in the “Because We Care” cash grant and the school uniform and supplies grant to 172,000 children in the public school system.

The programme was later extended to 17,000 private school students to the tune of more than $320M.

Because We Care Hon Dr Ashni Singh, Senior Minister in the Office of the President with responsibility for Finance