-Minister Walrond at ‘Because We Care’ distribution

Minister of Tourism, Industry and Commerce, Oneidge Walrond MP, says investment in children’s education is the best way to reduce poverty. The Minister was at the time speaking at the distribution of the ‘Because We Care’ cash grant at three East Coast Demerara schools Friday.

At the Strathavon Nursery and Virginia Primary and Nursery schools, she noted that the reintroduction of the grant is the fulfilment of another promise the PPP/C Administration made to the people. 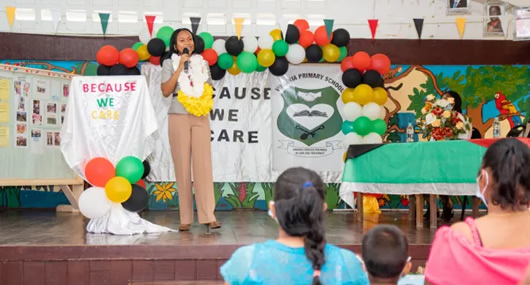 Minister Walrond said: “Investment in our children’s education is the surest way for us all to be alleviated out of poverty, and where we are the ones who are driving economic growth in our own country.”

Although these are mainly farming communities, she said, with the development Guyana is expected to experience, there would be a great need for food security and the use of advanced technology as traditional farming practices would not suffice. This, she said, is one of the reasons the Government continues to invest in the education of the nation’s children. 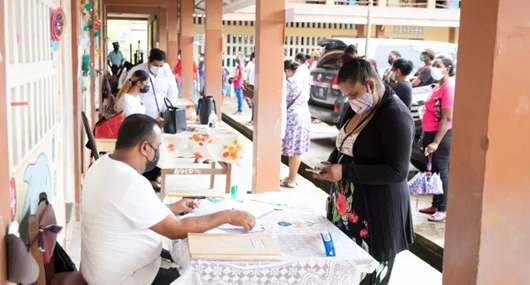 “We want to build capacity in our children starting from the nursery school going right up. That they will be prepared when they leave school, into the workforce.

“That they can be gainfully employed, and there is no excuse for foreigners to come and say there is no capacity in Guyana and that they’re not educated enough. So, this cash grant is meant to say to you parents that we care, and we want our children to be successful and we will put our money where our mouth is.”

Minister Walrond also said the Government’s investment in children is another way of ensuring that they are equipped to lead Guyana into a prosperous future.

“So, we as a Government, that’s the way to ensure that Guyanese benefit from the demands that are placed on the economy and don’t have to bring in labour… to invest in the education of our children. 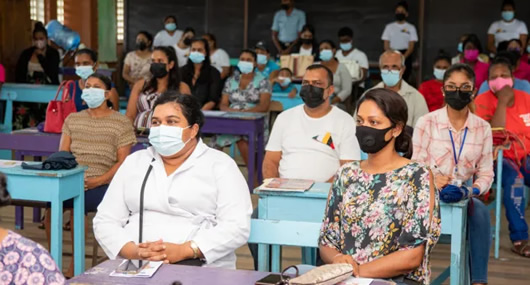 “Our children have to be the movers and the shakers of Guyana, of this new country that we are developing.”

The Minister also pointed out that the cash grant would increase incrementally each year and, by 2025, each child enrolled in the public school system would receive $50,000.

Minister Walrond also called on parents and teachers to take a COVID-19 vaccine to protect themselves from a severe form of the disease. She said it is especially important at this time, as preparations move apace for the reopening of school in September.

“Because what you’re going to have, if you continue keeping the children outside of schools, is that the children coming out into the workforce are not as learned as they ought to be and so the earning capacity is reduced.”

Over 450 students of the Cane Grove Primary, Strathavon Nursery, Virginia Nursery and Virginia Primary benefitted from the cash grant distribution.

Because We Care Hon Minister of Tourism Industry and Commerce, Oneidge Walrond