Minister of Home Affairs, Robeson Benn MP says while the ‘Because We Care’ cash grant initiative may seem modest, it is critically important to some families and he expects parents to invest the sum in their children.

The Minister was at the Friendship Primary and Bladen Hall Multilateral Schools, East Coast Demerara to spearhead the distribution exercise there.

Parents and guardians of 2,393 students gathered at the schools to receive some $45,467,000 million on Saturday. 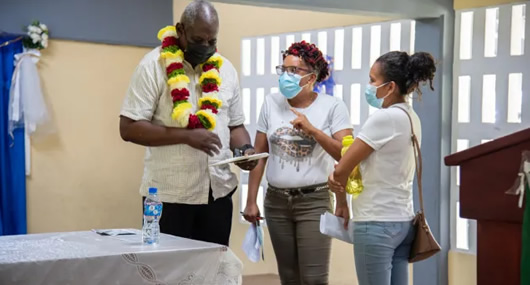 “It might appear modest for some people, it might appear not adequate… but given the challenges at the moment, and given the fact that we are restoring the… ‘Because We Care’ cash grant under Minister Priya Manickchand, we know it is critically important as modest as it may seem.”

Minister Benn also assured parents and guardians that the Government intends to fulfil its promise to increase the grant each year.

Already, during the PPP/C administration’s first year in office, $5,000 has been added to the initial sum, bringing the total to $15,000. Together with the School Uniform and Supplies subsidy, each child in a public nursery, primary or secondary school is entitled to $19,000. 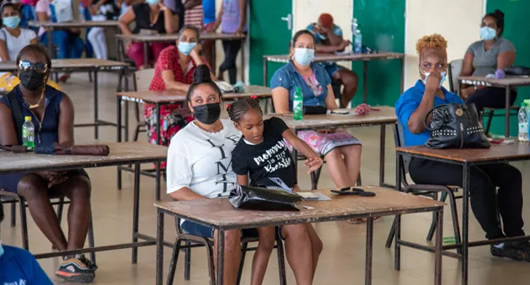 Ms. Cato, of Friendship Village, says the programme is going to ensure that children are ready for the September school year.

“[I’m] glad to know that in these trying times, in this pandemic, the Government remember the children and the parents because some of the parents don’t have a job from since last year, since the pandemic start.

“You know some of them is still not employed, so it’s a good thing that the Government is doing for the children and also the parents because at least, I know for now, I know about a few parents that are glad for this because they don’t even have food in the house for the kids. So, it’s something good and thoughtful.”

Ms. Assenshia Anderson of Bladen Hall is thankful for the money and is expecting the grant to increase and to continue.

“I think it’s a very good idea, especially for the kids. We don’t know when school will be open back so at least this can really buy stuff, pay passage and other things that they really need and I believe that they should continue sharing it.

“I’m proud of [President Dr. Mohamed Irfaan Ali] and what he is doing and I hope he continues the good job,” Ms. Anderson said.

Ms. Carlotta Gail says she is satisfied with the $19,000 that she collected for her child. 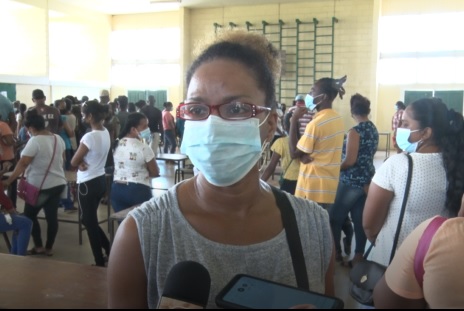 “I think it’s very helpful because it’s a long time we weren’t getting anything, but it could have been a bit more.

“If they are saying it’s according to the children because you are giving $15,000 and $4,000 from the voucher that they normally give. So, if they had given a little bit more, it would have been helpful because we have to buy from boots right up to head, but it is good. I appreciate it a lot.”

“It’s a wonderful idea for the children because they got a lot of single parents out there right now, and some are not working. It would help out a lot, price gone up, bills and all sort so, it would come in a great deal for the parents and for the kids also, especially some parents don’t have internet. 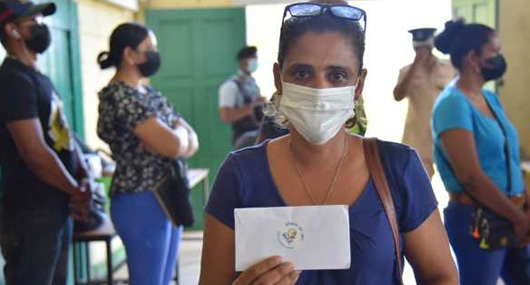 “They give us a good idea; you could go put on internet to help out the children them with the school work and so, it’s a wonderful idea. I hope in the future they carry it up more because everyday things going up,” Ms. Sampson said.

The Government has set aside some $3.2 billion for the ‘Because We Care’ distribution exercise for 2021.