-Minister Manickchand rolls out ‘Because We Care’ in Region Four

Minister of Education, Priya Manickchand MP, on Friday launched the Government of Guyana’s Because We Care cash grant programme in Region Four at the Swami Purnananda Primary School.

During her address, Minister Manickchand said over $1.5 billion will be transferred from the Government of Guyana to the families in the Region at the end of the exercise. She reminded parents that investing in a child’s education is important for their future successes.

“The only way to be sure that your children are on the right path, that they could look after themselves and the children they will make and not have struggles, is through education. Nobody can take that away from you because the one thing that does not go when you have it, is your qualifications and your education.” 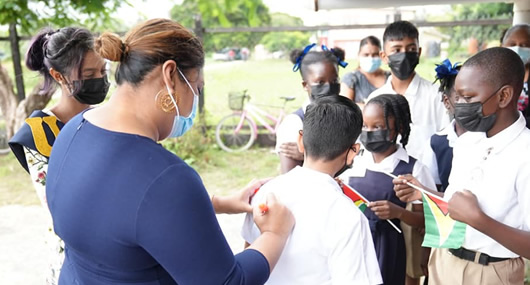 The Education Minister noted that while there are naysayers who criticise the grant, the Government has full confidence that the money would be used for the benefit of children.

“This Government wants you to spend it and we want you to use it to make you and your children more comfortable, however you see fit.”

Parents at the Swami Purnanada school welcomed the initiative and commended the Government for delivering on its promise to the people.

Ms. Radha Persaud told DPI that sometimes it is difficult to provide for three school-aged children. She noted that while her husband sometimes works as a gardener, it is not a steady income. 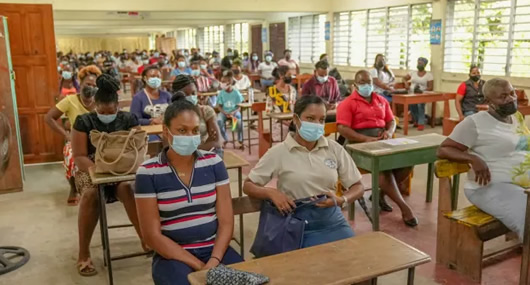 “It does be difficult. It is very hard sometimes. You have to send them to lessons, you have to get nice thing to put in their bowl…

“I am thankful for this and God bless them and I think they will continue with the good work.”

Meanwhile, Ms. Marcie Whitney said “it’s a good thing. I know we will benefit off of it. I just want to say thanks to the Minister.”

The grant was first introduced in 2014 valued at $10,000. However, it was discontinued by the APNU/AFC administration. 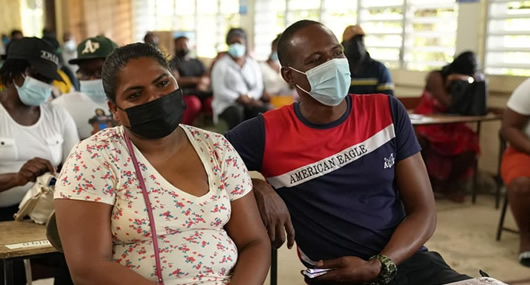 Since the PPP/C Government returned to office in August 2020, it has increased the school uniform and supplies voucher from $2,000 to $4,000 per child, which is being distributed in cash this year. Each child registered in the public school system will receive $19,000.

Approximately 172,000 students will benefit from the $3.2 billion programme countrywide.