Minister of Education, Priya Manickchand, MP, on Tuesday told parents that the education of their children remains one of the Government’s priorities. The Minister made this statement in her address at another distribution of the Government’s ‘Because we care’ cash grant initiative for public school students.

Distribution of the $19,000 per student grant is being undertaken at the Zeelugt, Greenwich Park and Blake primary schools and at the Parika Salem Secondary in Region Three. 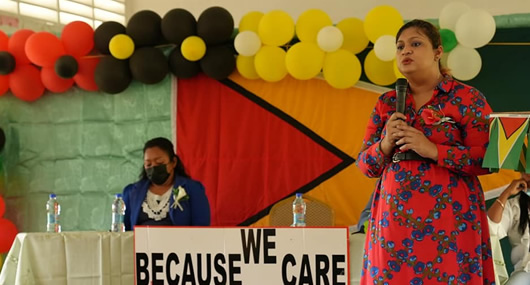 Despite the pandemic and the country now recovering from a national disaster, Minister Manickchand said the Government made it possible to reintroduce the cash grant programme.

“You are a priority to us. Your children and how you look after them are a priority to us… So, in the worse year in this country, we have found the money by shifting around what we do and how we do it, and we have given it to the things we prioritise such as parents and children.”

Minister Manickchand said the Government, “will never believe and we do not now believe that spending and investing on families and in children will ever be a waste of money and so we could tell you that this is money well spent.” 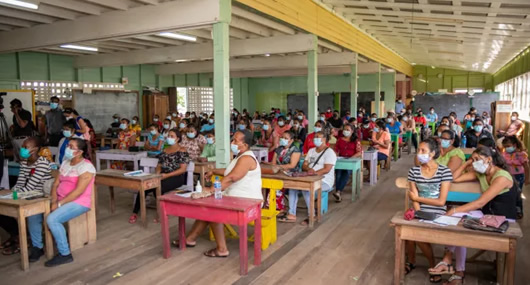 Over $350 million is being invested in the programme in the Essequibo Islands-West Demerara Region.

The Minister also pleaded with parents to get vaccinated against Covid to aid the reopening of schools. She noted that despite the Government’s efforts to close the learning gaps during the pandemic, no other teaching method is as effective as face-to-face, classroom learning.

Minister Manickchand also said very soon the Pfizer vaccine will be available in Guyana for children ages 12 to 17 and she encouraged parents to seriously consider vaccinating their children against the deadly disease. 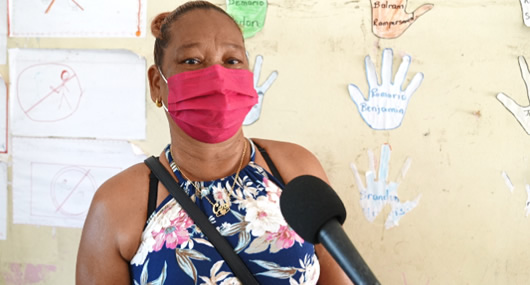 Ms. Carol Xavier who cares for nine children, knows all about prioritising so that every child is catered for. Of the nine, Ms. Xavier said seven are adopted and two are her grandchildren. At $19,000 per child, the woman is set to receive $171,000 to assist in preparing all nine children for the new school term.

“It is a lot, but thanks to the Government, at least this is a big relief that you can get up their clothes, books and pencils, their socks, boots, so I am thankful for it,” Ms. Xavier said.

Several other parents expressed gratitude for the initiative. 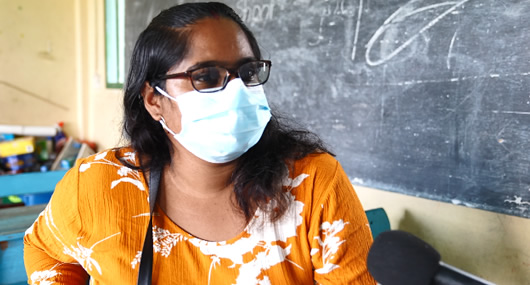 “It will be useful for the kids to buy uniform for them and we really appreciate it,” Ms. Kamlawattie Samaroo said.

Ms. Shelby Ramlochan expressed similar sentiments. “I think the cash grant is a good gesture for kids… Parents are struggling with the COVID and stuff, some of them are out a job, so I think this is very good for them.” The Government’s $3.2 billion ‘Because we care’ investment would benefit about 172,000 students.