Residents of the Mahaicony River was hit by one of the country’s worst floods in May-June of this year; in some areas, the floodwaters are still to recede. This has affected many persons’ livelihoods including Anita Ramtahal who is now thankful for the Government’s ‘Because We Care’ cash grant.

Anita resides along the Mahaicony River and her husband works as a fisherman. However, she said, “right now, the water raise and [we’re] not getting fish like we used to before.” She said her family has also lost many household items due to the flooding. 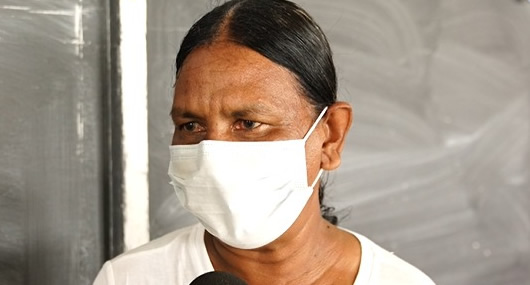 The mother of ten has one daughter who is still a part of the public school system. Describing herself as poor, during an interview at the Karamat Primary School at Mora Point, Mahaicony River, she said “this will help me a lot to buy data for her to do online work and it will help if school opens, to buy school uniform for her.”
Anita is not the only parent but just one of many parents who are facing the dilemma.
Vidya Maraj, a teacher whose husband is a rice farmer said her family suffered major losses which have rendered them incapable of replanting for the second rice crop for 2021. She said “I am elated to be a parent to receive this cash grant. As the Minister said, we may have a house, we may have land but that doesn’t mean you can provide for your children, it doesn’t mean that you can afford textbooks. We’re all humans, it will be a helping hand.” 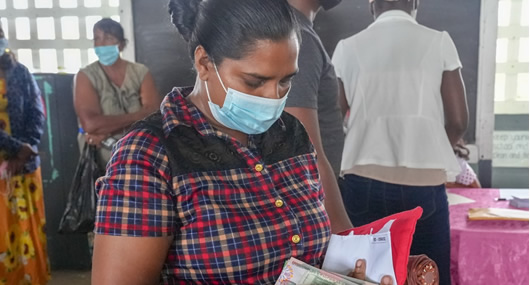 She added during an interview at the Mortice Primary School that, “being hard hit by the flood, I also know a lot of parents will be really helped by this.”
Other rice farmers also expressed gratitude to the Ministry of Education and by extension the Government of Guyana for embarking on this cash grant distribution exercise as they too are unable to replant acres of rice land for the second crop.
Another teacher explained that she constantly heard parents speak of the $19,000 cash grant and is cognizant of how it will assist them in providing for their children during the ongoing COVID-19 pandemic.
“I think it is a wonderful initiative. When we are coming to schools on Fridays and so to mark the worksheets, you will hear the parents talking about [the cash grant] and they were all excited for it. I am also excited because I also have a child who is eligible for that and as Minister said, you use the money to do what is best for your child,” the teacher noted.
Education Minister Priya Manickchand has told parents that the cash grant is not restricted to school uniforms and other items but can be used on anything that will benefit their school-aged children. 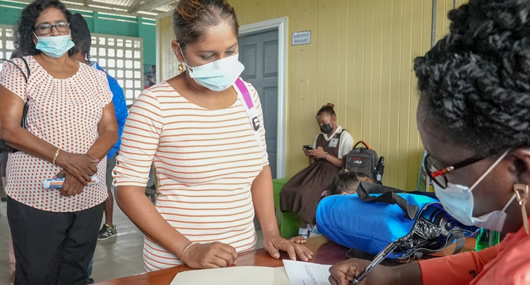 Another parent at the Mortice Primary School recently said, “I think it is really beneficial to us because at this time. I know there are a lot of parents who are going through a rough time, everything has been costly on us and I’m really proud about what the [Government] is doing for us because they have kept their promise.”
She was at the time referring to an elections campaign promise made by the current administration leading up to the 2020 General and Regional Elections.
The distribution of the cash grant started in Region Two on July 15 and is continuing across the country. Parents are advised to check the Ministry’s Facebook page to learn when the cash grant will be distributed in their region.