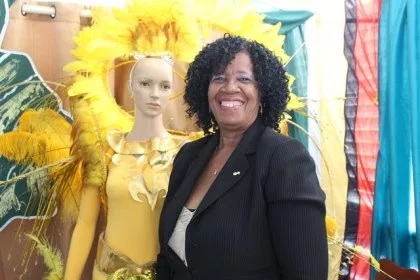 The Children’s 2018 Mashramani celebration is expected to surpass previous years, with the addition of a new component. The new feature will see the Nursery, Primary and Secondary schools displaying different aspects of the Guyanese culture.

Acting Administrator for the Unit of Allied Arts, Lorraine Barker-King, during an interview with the Department of Public Information (DPI), said that the implementation of the component will allow for the students to better showcase this year’s theme – ‘Let’s Cooperate and Celebrate Republic 48’.

There will also be individual and regional presentations that will be allowed to design costumes exhibiting any aspect of the main theme.

The regional Semi-Final competitions are slated to commence on January 23 and conclude on February 9. The official schedule for each day of competition will be made public shortly so that persons will be able to witness the student who will be participating in the various events.

The Acting Administrator said the Finals which will be held in Georgetown “are scheduled to start on February 15 with Dance and Masquerade; February 16 with Calypso and Dramatic Poetry and on February 17 the children’s road parade”.

The Finals will be staged at the National Cultural Centre (NCC) with two sessions per day. The first session will commence from 9:30 am and conclude at 12:30 pm for the Nursery and Primary school students and from 1:30 pm to 4:30 pm the Secondary School students will take to the stage.

The Acting Administrator noted that the students are excited to be participating in the various events and are taking every opportunity to practice and master their routines. Persons are being urged to show their support in attendance to view the parade.