(August 24, 2022) – On June 19, 2021, the North Ruimveldt Secondary School was destroyed by fire. On that day, the Honourable Minister of Education, Priya Manickchand said that the school will be rebuilt. Today, a contract with a project sum of $566.9M was signed for the reconstruction of the school. 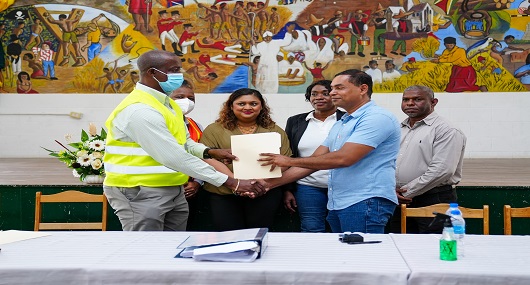 Following a public tendering process, the project was awarded to Kares Engineering Inc. Permanent Secretary, Mr. Alfred King signed on behalf of the Ministry of Education. The Project Consultancy was awarded to Marcel Gaskin. 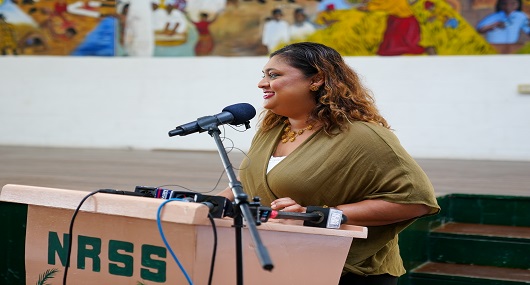 Minister Manickchand said today that every time a school is destroyed, there is a domino effect of actions that have an adverse effect to learning. She said that ordinarily 150 students are placed at the school every year following the National Grade Six Assessment but due to the classrooms being destroyed the placement total was reduced to approximately 50 students.

“This is the top school for South Georgetown. So, it means many families in South Georgetown whose children ordinarily could have come here will have to travel further to access the quality of education that was being delivered here,” she noted.

She explained that from the day of the fire, some sections of society contiuously doubted that the school will be rebuilt. However, she reminded those in attendance today that on the day of the fire, even while the building was still burning, the Government of Guyana and the Ministry of Education committed to rebuilding the school which she said was the first school to have a smart classroom installed back in 2014.

Moreover, the Education Minister said that though the project will be supervised by the consultant and the Ministry of Education, she wants the South Georgetown community to play an integral role in ensuring that the work is done according to contract.

In the presence of representatives of the contracting firm, Minister Manickchand said that when contractors fail to do what they are supposed to do, children and communities suffer.

“It is very important that we complete this at a high quality in the time that we said we woulsd complete it so that we can make sure that the children of South Georgetown see what we intended for them to receive,” Minister Manickchand said.

Further, she said that moving forward, wherever there is a school being built, it will not be the engineer’s responsibility alone to ensure work is done properly. She said that each project will have an Education Officer attached to the construction of that building who will stress the importance of the project being completed on time and at the highest quality. Further, she said that the details regarding construction will also be made public so that members of the community can also hold contractors accountable.

With Education Month 2022 about to begin, under the theme "Transforming Education", Minister Manickchand said that this project will have significant and that she hopes to see its completion so that learners can benefit. 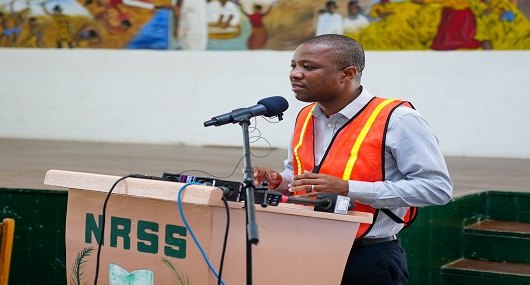 Special Projects Officer, Mr. Ron Eastman said that the Ministry is happy to arrive at the juncture where the contract has been awarded following a competitive tendering process. He thanked Minister Manickchand for driving the project forward so that today work can begin. He said that the Buildings Department of the Ministry will play its role to ensure that what is built is exactly what was designed and that students and teachers receive the school they deserve.

Headteacher of the School, Ms. Allison Cosbert said that many persons had doubts about the project. However, she said that on many occasions she had to assure persons that the Education Minister promised the it will be rebuilt. “I can stand here today to see that promise is now a reality. So, today’s turning of the sod and contract signing is something that I welcome, and I can speak for my staff,” she said.

The building will measure 432ft (length) x 30ft (width) x 42ft (height). It will have three storeys and will accommodate 450 to 500 students. The school will be fitted with science laboratories, Information Technology Laboratories, new classrooms, teacher accommodation, a sanitary block and a modern external structure. The project period is 14 months.