(June 21, 2022) – Cricket West Indies (CWI) and Republic Bank in collaboration with the Ministry of Education and the Ministry of Culture, Youth and Sport launched the ‘Five For Fun’ Cricket programme. 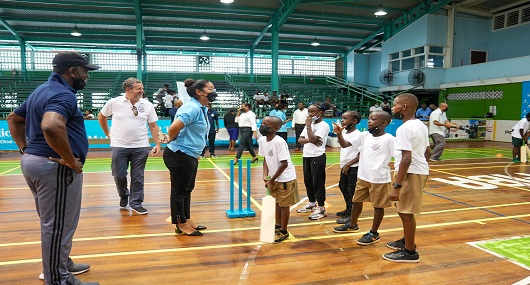 This is a new format of cricket that is designed to appeal to children from eight to 11 years old.

The Honourable Minister of Education, Priya Manickchand said today that the game fits squarely into the trajectory of the Ministry of Education to have all children exposed to and be competent in a sport during their school life.

She said that this new programme comes on the heels of the Ministry recently launching the Football For Schools programme through collaboration with the Guyana Football Federation, FIFA and the Ministry of Culture Youth Sports.

Minister Manickchand said that children will now be exposed to the two sporting disciplines in an organized manner.

She said that the game of cricket has a special place in the hearts of Guyanese and every Caribbean citizen and that the Ministry of Education is happy to accommodate such a programme in schools. Additionally, Minister Manickchand said that the Ministry will be measuring the progress of the programme not only to see children’s proficiency in the sport but also how their academic performance improves by being exposed to and involved in sports. 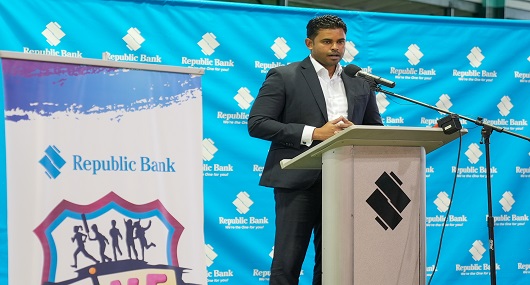 The Honourable Minister of Culture, Youth and Sport, Charles Ramson commended Republic Bank for the bold move to work with CWI to develop a regional programme. Minister Ramson expressed his full support to programme as it targets sports in school since it is a tool that can unite persons and advance the talents of young people. 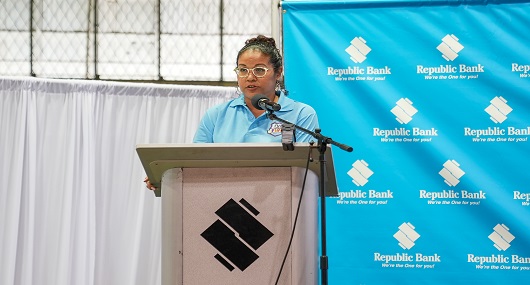 Meanwhile, Ms. Karen Tom Yew, General Manager, Group Marketing and Communications for Republic Bank Limited, said that the company is an indigenous banking institution in the Caribbean spread throughout the region that understands the unifying role sports and cricket has played in most of its markets, with Guyana being no different.

She said that the new Five For Fun format was first launched in the region in August last year in St. Lucia with the hosting of zonal games that eventually ended with a grand finals match. According to Ms. Tom Yew, the goal is to expand this programme across the Caribbean knowing very well how passionate persons are about cricket.

“This is why we’re truly heartened to be joined by our equally appreciated stakeholders here in Guyana, including the Ministry of Culture, Youth and Sport and the Ministry of Education. Working alongside governments in each of our operating territories is critical to our success,” she noted.

She said that Republic Bank intends to expand this new format in other Caribbean territories such as St. Kitts and Nevis, Grenada and once again in St. Lucia in October of this year and later in Trinidad and Tobago.

Managing Director of Republic Bank Limited, Mr. Stephen Grell said that the programme is first of its kind and welcomes notable diverse participation and positioning of young cricket enthusiasts for stardom.

Moreover, he said that it is heartening that the programme comes at a time when children have returned to school after an extended time away from classrooms, “as it presents an opportunity for recreational, developmental, invigorating physical activity, discipline and togetherness.”

He said that the successful rollout of the programme will require collective effort, commitment, and collaboration to help realise the children’s dreams of becoming the stars they are. 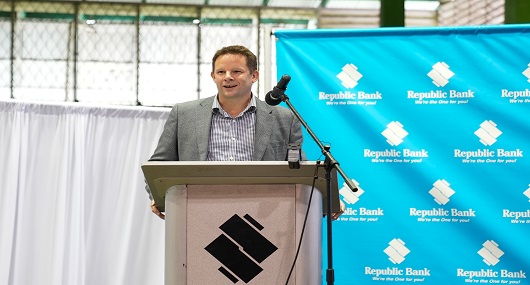 The Director of Commercial, Marketing and Communications at CWI, Mr. Dominic Warne said that it is exciting that this pathway to getting the young generation interested and involved in cricketed is opening up here in Guyana.

He said that the partnership between CWI and Republic Bank will allow the two entities to deliver something that hasn’t been delivered to the region, if not before, in a long time. He said the programme is the ultimate start of a new generation of players in the 8 to 11 years category.

“Five for fun is important for a number of reasons, not least giving the opportunity for schools and school children to participate but it becomes a really core part of development programs. Those development programs are just as much about finding the next great West Indies cricketer as much as it is about young people, having fun, being healthy,” he said.

He said that the Five For Fun format is the start of the CWI’s Future Stars programme. In September 2022, 15 zones comprising 75 schools will participate in a competition beginning with preliminary rounds and ending with a grand finals.

President of the Guyana Cricket Board, Mr. Bissoondyal Singh said that the initiative is timely and essential to rebuilding full participation in cricket. He said that it will be the foundation of the national and regional cricket development pathway consistent with the GCB’s five-year cricket development plan.

He said that the GCB is cognizant that the resources to be utilized and applied to the programme are not only for children to compete but to ensure that they inculcate the love for the game and develop key life skills.