(June 13, 2022) – After two years of being closed, dormitories at the Cyril Potter College of Education have been reopened to accommodate students to complete their first year of studies and prepare for their second year which starts in September. 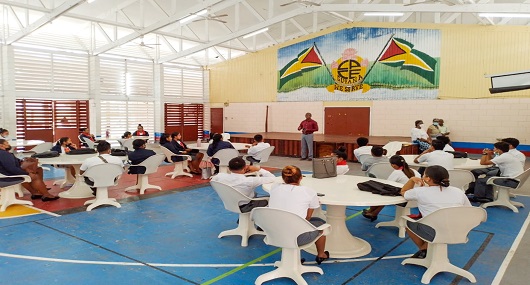 Students being briefed during orientation

On Sunday, twenty-seven year-one students from Regions One, Seven, Eight and Nine arrived at the Turkeyen Campus with more expected to come before the end of the week.

Vice Principal with responsibility for Curriculum and Instruction, Ms Kevaun Sears explained that the 92 students would have experienced severe internet challenges in their respective regions. As such, following an intervention by the Honourable Minister of Education, Priya Manickchand, the decision was taken to accommodate the students in the dorms. 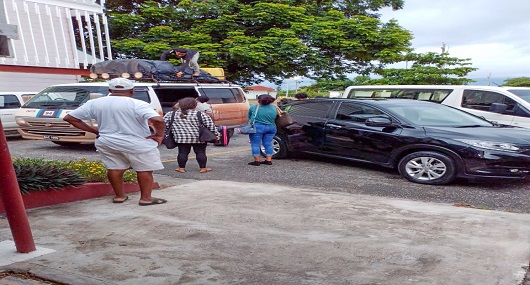 “The students being back will allow for us to fill gaps, so courses they would have missed in the first semester, those areas where they would have had challenges with in-person instruction, we now have the opportunity to work with them to ensure that by August, they have fully completed their training for the first year.”

Ms Sears stated that the students will undergo intense instruction over the coming weeks where they will be exposed to face-to-face interaction as well as utilizing the online platform.

The students are pleased to be on campus to complete the first year of their studies.