Minister of Health, Dr. Frank Anthony, MP, says the Government has been receiving positive responses from parents and adolescents, since the commencement of the COVID-19 vaccination campaign for children 12 to 17 years old.

Dr. Anthony said he is happy that parents have been making every effort to protect their children against the Coronavirus.

“Over the last couple of days, we’ve been in Region Four, we started the campaign at St. Stanislaus College, and yesterday, we were at St. Joseph [High] School and we have had these schools in that area, students from neighbouring schools coming as well. I think so far, and of course, we have had a drive thru at movie town, so far, the exercise has been quite good.

“We’ve had a number of parents bringing the children to get their vaccination, as of yesterday, those numbers are 2176 children who would have received at least their first dose of the Pfizer vaccine. We also know that sometimes parents when they bring their children, they themselves are asking for the vaccine, so, I think that’s a good thing as well. But so far, I think the rollout has been good,” Min. Anthony noted. 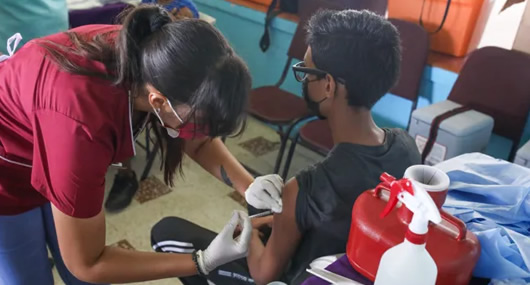 On Tuesday, vaccination teams operated on the East Coast and East Bank of Demerara. Later in the week they will move on to Regions Three and Six.

“So, we’ll be operating on the East Coast, at Bladen Hall Multilateral School, so persons from the school can come there and get the vaccine and from neighbouring schools as well. And the persons from the community who are below the ages of 18, between 18 and 12, maybe some of them are out of school, they can come there as well and get the vaccine.

On Wednesday, vaccination teams will be at Queens College where they will administer the vaccine to students of the school and others in the area.

He reiterated that he was pleased with the response of parents to the campaign thus far. 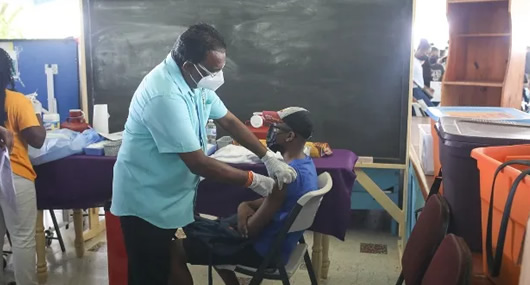 “I’m happy that people are responding very well to getting vaccinated. I think a lot of the parents would like to see students vaccinated, the children vaccinated, so they’re bringing them out to get vaccinated. I’m really happy with that, we are trying as quickly as possible to have a broader reach.”

Minister Anthony said persons will be trained to administer the vaccine in Regions Three and Six to avoid delays in vaccination when the teams move to other communities.

Training will also be conducted with persons in the hinterland regions next week.