Students, teachers and officials were treated to a colourful prelude of Mashramani 2020, when the National Children’s Mashramani Costume Competition officially opened on Wednesday, at the National Cultural Centre (NCC).

The National Drama Company and the National School of Dance also entertained the audience with colourful and stunning performances that told the history of Guyana’s Republican status.

Minister of Education, the Honorable Nicolette Henry later urged those in attendance to reflect on the theme of this year’s Mashramani.

“Our National Theme states Guyana Together: Reflect, Celebrate, Transform. The theme underscores the importance of all Guyanese to unite as one people, in pursuit of a prosperous destiny for this great nation,” the Education Minister posited.

While reminding students that Guyana is in the decade of development, the Minister noted that the country has undergone noteworthy development with the vision and leadership of the His Excellency President David Granger.

“Guyana truly has come a far way, as a Republic Nation, thanks to His Excellency President Granger and the Government of Guyana. With such leadership, 50 years from now this nation can only continue to get better and better as it realizes its potential.” 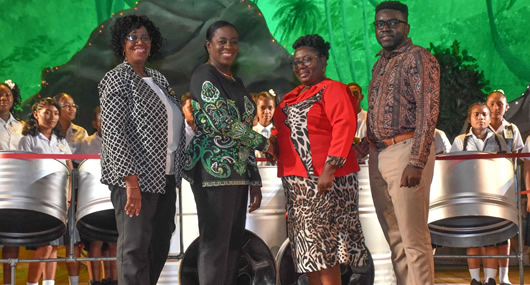 Finally, the Minister congratulated the students who have made it to the national competition and wished them the best on the way forward.

“Your role is to display that brilliant transformation through your heartened performances. Many of you have worked hard at the regional level and consequently have earned the right to represent your regions. We congratulate you for your regional victory and wish you the best as you perform at the national level.”

Over an approximate two-week span, students from primary and secondary schools across the 11 administrative districts in Guyana have competed in a series of calypso, jingle, dance and masquerade competitions.

Those that have made significant impressions on the judges will be proceeding to the national stage for three days starting on Thursday and wrapping up on Friday to vie for top honours.

Sponsors for the national competition are the Ministry of Education, Guyana Bank for Trade and Industry (GBTI), Banks DIH and ANSA McAl.

Before handing over an $800,000 cheque to the Ministry of Education, Public Relations Officer for ANSA McAl, Triston Joseph expressed that the company is happy to sponsor such events that help students and Guyanese to showcase their culture and talents. 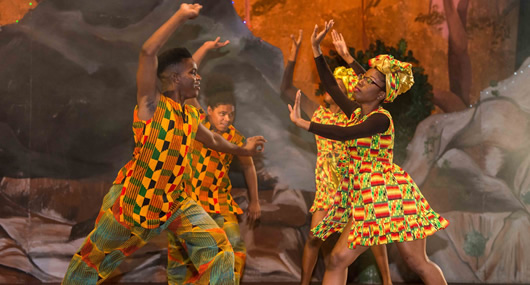 These companies have sponsored Mashramani activities for a number of years.

On Thursday, the competition will kick off with dance and masquerade competition and on Friday with calypso, dramatic poetry and jingle performances.

On Saturday, the Parade Ground and the National will see dozens of colourful costumes and floats for the exciting costume parade.