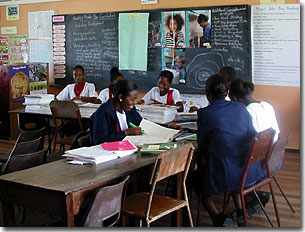 The department is run by a coordinator. This post is rotated on a yearly basis. The department meets once a month to discuss developments within the programme and to be brought up to date with decisions made by the administrative staff.

From time to time there are workshops discussing problems encountered with the programme and this includes Turkeyen campus as well as the regional centres.

The aim of the club is to encourage students to speak the language through involvement in various activities. Also to develop in the students a sense of responsibility.